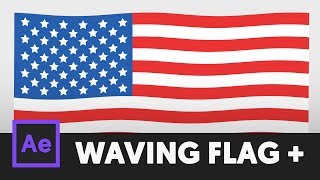 Adobe After Effects 2017 (AE 2017) is a digital visual effects, motion graphics, and compositing application developed by Adobe Systems and used in the post-production process of film making and television production. Among other things, After Effects can be used for keying, tracking, compositing and animation. It also functions as a very basic non-linear editor, audio editor and media transcoder.

This After Effects Tutorial, we are going to look at a waving flag animation. Flag animation results vary depending on the effects used, but in this flag in the wind tutorial we will show you many things.

The Language of Photography for Graphic Designers

SKATEBOARDING IN BOSTON!
Scroll to top