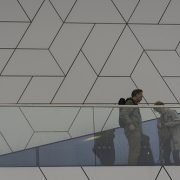 EYE Film Institute Netherlands, Amsterdam
EYE is located in the Overhoeks neighborhood of Amsterdam in the Netherlands. It includes a cinematography museum formerly called Filmmuseum, founded in 1952. Its predecessor was the Dutch Historical Film Archive, founded in 1946. The Filmmuseum was situated in the Vondelparkpaviljoen since 1975, but in 2009, plans were announced for a new home on the north bank of Amsterdam’s waterfront. It was officially opened on April 4, 2012 by Queen Beatrix. The EYE building was designed by Delugan Meissl architects, which specializes in buildings that appear to be in motion, e.g., the Porsche Museum in Stuttgart.
By Harald Felgner on 2017-05-12 12:46:20 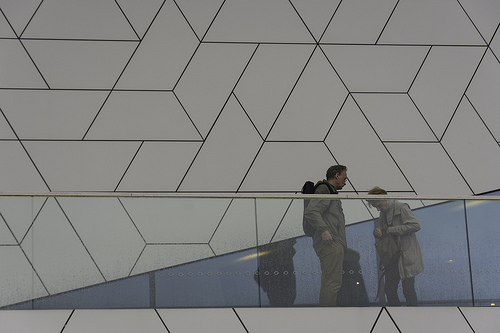